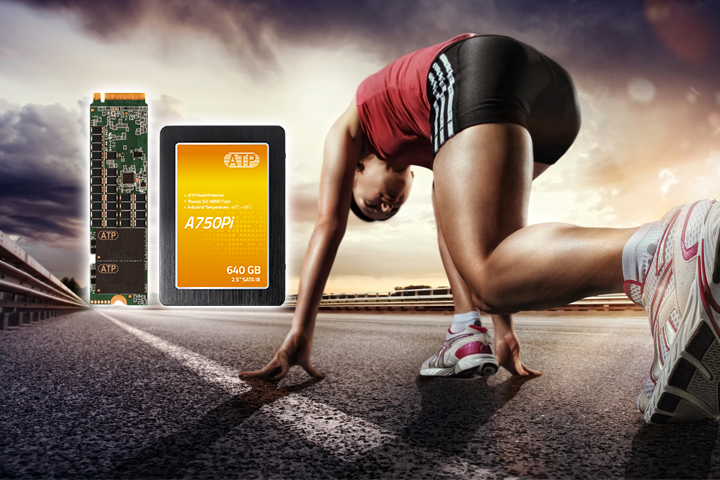 ATP’s new 3D TLC SSDs get even better
The N650Si/N650Sc, N750Pi/A750Pi and A650Si/A650Sc-3D TLC SSD series utilize advanced controller and firmware technologies. With these, the lifetime requirement in demanding applications can be met and even exceeded.

pSLC mode now also with PCIe G3x4!
With the N750Pi/N700Pi series of the Premium Product Line, ATP now also offers M.2 2280-D2-M PCIe SSDs in pSLC mode. From 40 GB to 640 GB the portfolio covers all common capacities. For industrial applications, SLC flash is usually used because of its reliability. These SSDs offer an excellent balance between SLC/MLC performance and TLC cost.

Best Total Cost of Ownership
Optimize total cost of ownership (TCO) thanks to superior performance, longevity and reliability. By storing only one bit per cell instead of three, TLC capacity is reduced, but overall lifetime is simultaneously increased to 10 times that of the same TLC products.

Different form factors and interfaces for a wide range of applications
With the new SSDs of the N650Si/N650Sc, N750Pi/A750Pi, A650Si/A650Sc series, the manufacturer offers derivatives in the M.2, 2.5" as well as mSATA form factors. The Sc series support the temperature range from 0 °C to 70 °C. The Si series are designed for reliable operation in extreme environments from -40 °C to 85 °C.

"ATP was able to surpass the outstanding results from last year," explains Benjamin Fasel, ATP Product Manager at GLYN. "For projects with corresponding requirements, there are also models with AES-256 encryption that support the Opal 2.0 security standard. A programmable MCU is also used in the new series. This has already proven itself in the SATA SSDs series A700Pi/A600Si. This allows optimal response to varying temperatures, distinguishing voltage drops from fluctuations, and limiting inrush current for better compatibility with host systems."

The following diagrams show the total write performance by capacity in the respective designs as an example with SATA interface: 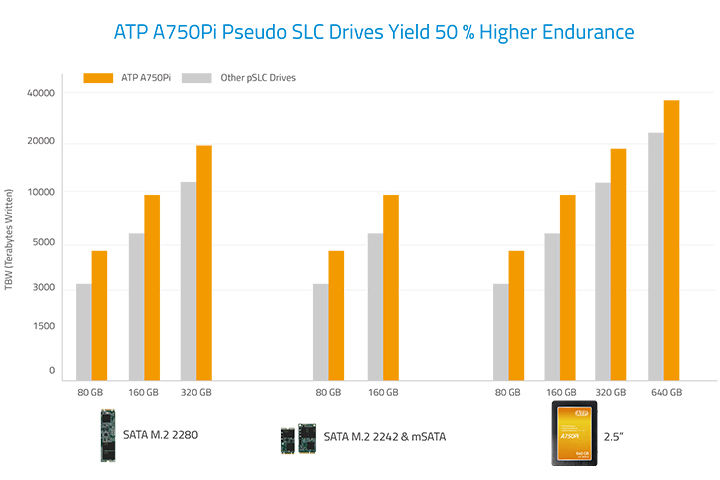 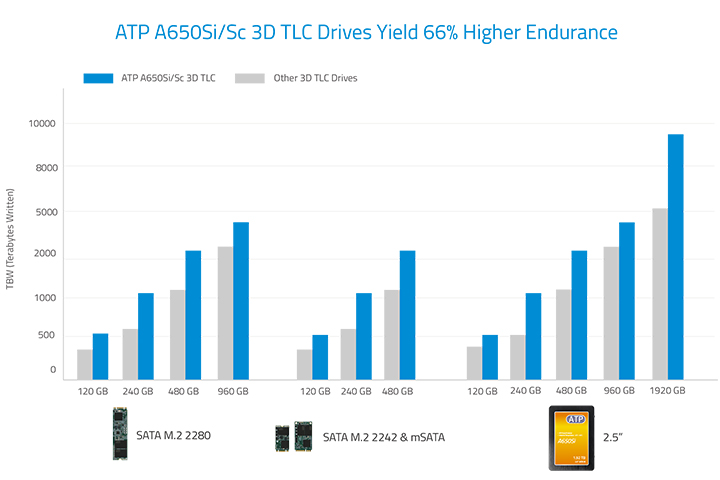 Diagram 2: Comparison of the ATP 650Si/Sc products with other TLC-based SSDs. The endurance / write performance is measured in sequentially written terabytes (TBW).

Take advantage of our expertise in the design-in process. Enjoy the benefit of reliable processes when selecting the right SSD and secure expert advice.

Request technical information or order release samples today. We will be happy to provide you with further information upon request.